164 With Salmonella in 35 States Tied to Ground Turkey, Turkey Pieces, and Whole Turkey 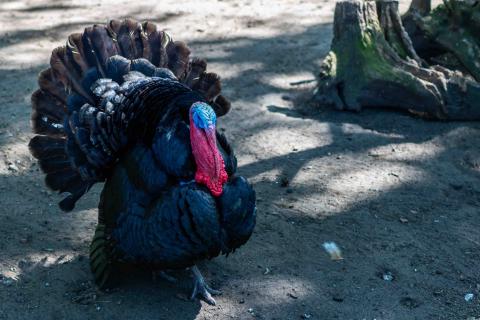 The outbreak of the Salmonella Reading strain has infected 164 people in 35 states as of November 5, 2018. The outbreak has affected people of all ages, from infants of not even a year old to 91-year-olds, of which 56% are female. Out of the known 135 infected people, 63 have been admitted to the hospital and one has been reported dead in California. If you are experiencing an illness caused by food poisoning, contact a food poisoning lawyer to find out if your injuries are eligible for compensation.

Local and state departments are trying to figure out the cause by questioning the affected people about the food they consumed in the week prior to their illness. 44 (52%) out of 85 people questioned have reported that they were either preparing or consuming turkey bought raw, which includes turkey pieces, ground, and whole turkey. The turkey products were bought from different stores and were of different brands. Three out of these 85 people got infected post the consumption of turkey by their pets as raw ground turkey was found in their pet food. The other three people were working in a place that processes turkey or were living with someone who works at a turkey processing facility.

The outbreak strain of Salmonella Reading was found in samples of raw turkey pet food in Minnesota, live turkeys from other states, and the raw products found in affected people's houses. It was also found in samples taken from raw turkey products of seven processing factories and 22 slaughter houses. The samples were taken by the FSIS from these establishments as a part of FSIS's routine check under the Salmonella performance standards. According to whole genome sequencing (WGS), the Salmonella strain found in these samples is genetically similar to the Salmonella strain samples taken from the ill peoples' homes.

WGS analysis did not spot predicted antibiotic resistance in 116 isolates from 53 ill people and also did not identify it in 63 food and animal samples. However, 68 isolates from those people and 84 isolates from food, environmental, and animal samples were found to contain genes for resistance to all or at least some of these commonly used antibiotics. Five outbreak isolates were tested by CDC's National Antimicrobial Resistance Monitoring System (NARMS) laboratory with the use of standard antibiotic susceptibility testing and the results confirmed. Most infections in the outbreak are prone to the antibiotics normally used for treatment, implying that the resistance is not likely to affect the option of antibiotic used to treat the majority of people.

Existing data shows that the strain of Salmonella Reading could be in live turkeys and raw turkey products.

Residents in the Arlington Heights, Palatine, Rolling Meadows, Libertyville, Mundelein, Buffalo Grove, Schaumburg, Elk Grove, and Itasca areas who are experiencing an illness caused by food poisoning should call the food poisoning lawyers at Newland & Newland, LLP today at [[phone]], or a fill out our online contact form for a complimentary evaluation of your situation.